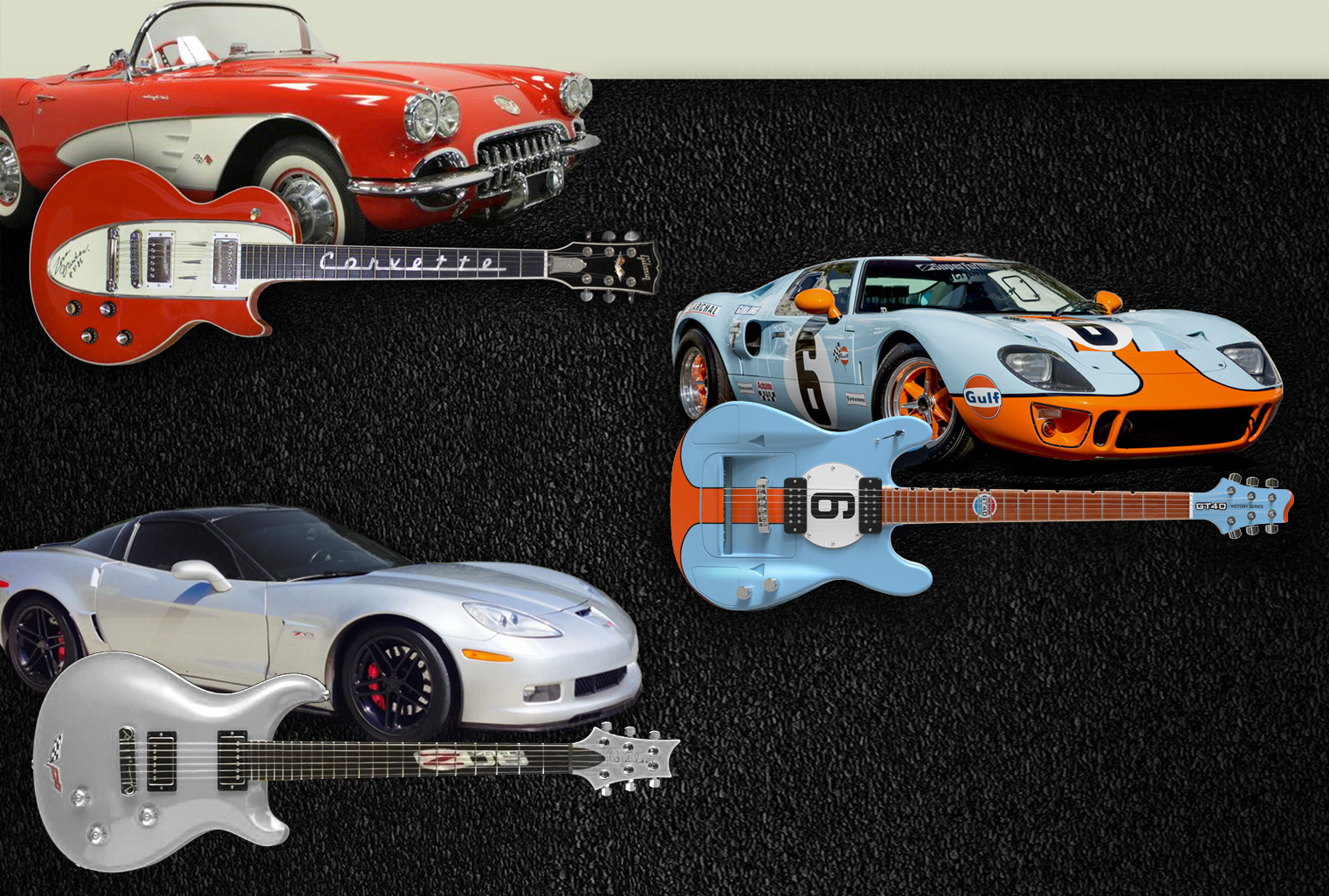 Gibson also produced car guitars from other models, such as the Gibson SG Corvette guitar, with design additions and branding to reflect the 1963 Corvette.

Paul Reed Smith, another manufacturer of quality instruments, made a guitar based on the 2006 Corvette using one of its beautiful PRS Custom 22 guitars.  They matched the paint schemes of the 2006 Corvette and offered two neck inlay options reflecting either the Z06 model or the 427.

So what’s new? For the first time a car company itself designed a guitar to commemorate the astonishing feats of its supercars. What makes this guitar stand out from the rest is that it is an official GT40 Victory Series guitar.  A supercar company builds a matchless super guitar!

Why is this important? The GT40 Victory Series guitar is custom designed from scratch. Not a rebranded, existing guitar model, the design, engineering and production of this guitar was a complete ground up build.  Manufactured by HooDoo Guitars in their top quality facility using specially selected maple and materials, GT40 Victory Series guitars are unique in every way. From the hood scoop design implemented into the carving of the body to the authentic fender shapes, you are actually looking at the same designs that made the GT40 racecars recognized the world over. No detail was overlooked. The bridge is custom fabricated so the strings look like they emerge from the hood scoop.  Let’s take things a few steps further.  The GT40 Victory Series guitars have an embedded guitar chassis plate sporting the chassis numbers of some of the most revered racecars in the world.  There were four GT40 victories at Le Mans from 1966-1969 and these guitars follow the colour schemes and liveries of the four famous cars.

Now, both the official GT40 supercars and GT40 Victory Series guitars are known for their iconic style and sound!